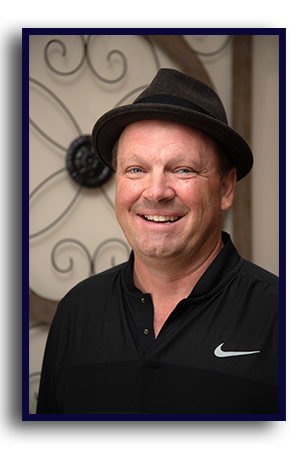 Websites are for telling people how great you are. But Lance would rather let you know that he is really just like you—hard working, pretty smart, darn funny and concerned about the people he cares about, like his family, his friends and his clients. He wears hats because he is balding, and he thinks hats are stylish. He often dresses like a slob because he likes to ride his bike to work; he looks spectacular when he dresses for court, no matter what anyone else tells you. Lance does not like to be called Mr. Stevens or Attorney Stevens. He likes to be called Lance. His close friends call him other things.

Now, let’s talk about how great he is.

Lance Stevens has been practicing exclusively personal injury law for over thirty years. He is the former President of the Mississippi Trial Lawyers Association for the years 2000-2001, a group then representing all 1,000 of the best trial lawyers in the state. Lance has received the Mississippi Trial Lawyer of the Year award in 1999 and 2003, the only Mississippi lawyer to be awarded that honor twice, and the Outstanding Young Lawyer of the Year in the U.S. from the Association of Trial Lawyers of America in 1999, a group composed of tens of thousands of trial lawyers across the country.

Lance has been named one of the Top Fifty Lawyers in Mississippi by the Mississippi Business Journal in 2010 and one of the Top Fifty Lawyers in the state by Mid-South Super Lawyers each year from 2010 until today. The National Trial Lawyers Association award him a Top 100 Trial Lawyers in the U.S. in 2012. Many other peer groups have recognized his accomplishments over the years, but some of them are just bogus groups trying to sell us a plaque with his name on it.

Lance has received a Lifetime Achievement Award from the Mississippi Association for Justice and his previous firm, Stevens & Ward, also received that award.

Lance has been invited to speak to lawyers across the country, and on two Caribbean islands, on topics such as bad faith, jury selection, opening statements, inadequate security, closing arguments, subrogation, uninsured motorist law and personal injury litigation in general. He has personally authored several statutes that are currently on the books as a part of his continuing effort to educate the legislative branch of government on the needs of injured victims and the judicial process.

On a personal note, Lance is the father of four children (all in their 20’s as of this writing) and happily married to Beth Stevens. He has coached numerous soccer teams, baseball teams and golf teams. His hobbies include golf, woodworking, travel, movies and politics. He was in CrossFit for years, but now it hurts too much.